In Anifowoshe/Ikeja, residents are burdened with infrastructure neglect and exploitation

Ikeja is a commercial hub and the capital of Lagos State. Once populated by the Yoruba, the town now has a larger population, following the migration of other Nigerians; be it for business or the calling of Lagos life. According 2016 data, Ikeja’s population was 437,300. The predominantly urban area includes large communities like Anifowoshe, Magodo, Oregun, Alausa, Ogba, Akiode, Opebi, etc.

In terms of economy, Ikeja LGA is home to several banks and hospitality industries, contributing immensely to the economy of Lagos. Some of the noted markets include Computer Village, Alausa Main Market, and a host of several malls.

The Anifowoshe community within Ikeja LGA is located opposite the State Secretariat and next to the main market – Computer Village. With this advantageous position, the infrastructure of such a high-density area with market potential is expected to capture the attention of both state and local governments.

This kind of attention will ensure the free flow of people and resources, making the ease of doing business a priority. But that doesn’t seem to be the case as locals complain daily about poor road conditions, exploitation of government officials, among other challenges.

Although the government does efforts to relaunch Ikeja’s master plan to increase the ease of doing business, much of that effort hasn’t really produced the best for the community.

Many roads in the region have become eyesores. Apart from a number of streets that can be considered lucky, the road networks in many parts of Anifowoshe are a nightmare for locals. Dilapidated and nearly impassable road networks litter streets like Akinremi, Afisman Drive, Ojuolowo-Imoshe, Oyelola, Balogun, Bayo Sodipo, Araromi, Independence and part of Oduyemi Street. 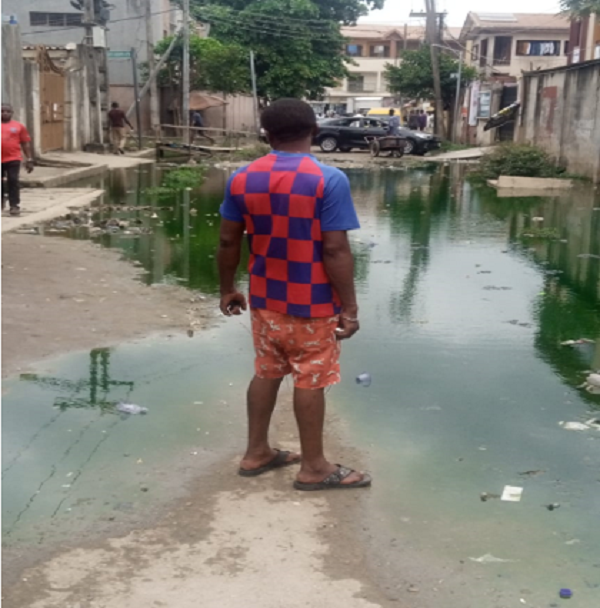 The roads in Afisman and Bayo Sodipo have become a major headache for residents, with flooding and dirty bodies of water becoming permanent fixtures. “This was not the case with Afisman Drive before, as the street was used as a link to Akinremi and Oduyemi,” says Taye Adeniyi, who runs a small shop on the street. 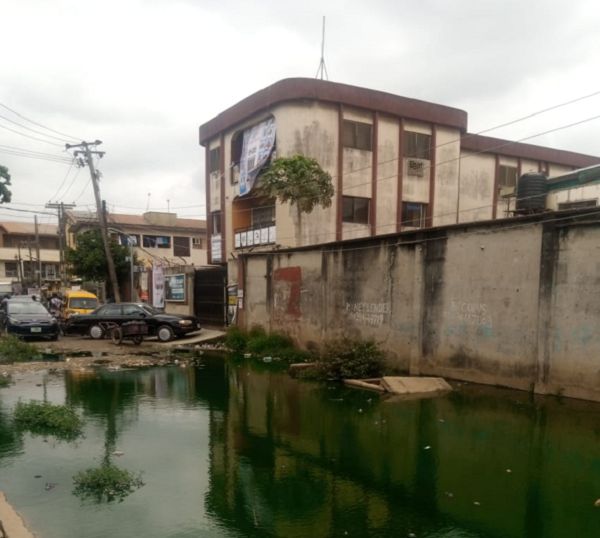 “A lot of people who used to go to Computer Village used this route and it allowed us to increase our sales. Many of those who took this route and found our prices so moderate usually buy from us, but today many have abandoned this route, many will instead go through other streets to access vendors elsewhere. 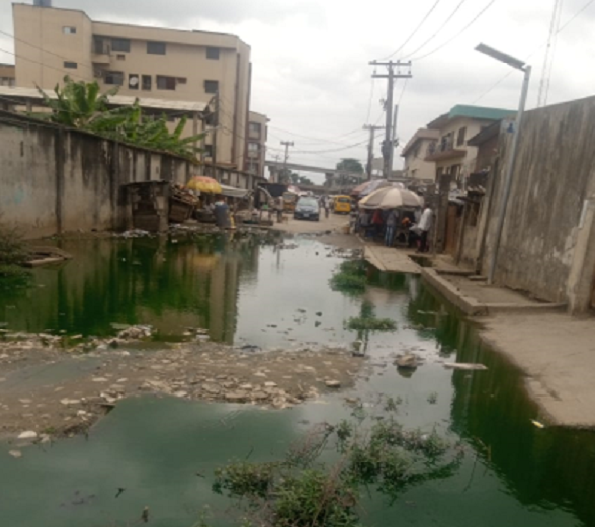 A hotel on Afisman Drive has seen its revenue decline due to road conditions. A staff member who did not want to be identified said many guests had stopped frequenting the hotel due to accessibility constraints.

As accessibility becomes increasingly difficult for small street businesses, commercial activities are also in decline. Businesses have not been spared the business hit either, as many of their customers have dumped them for other competitors. 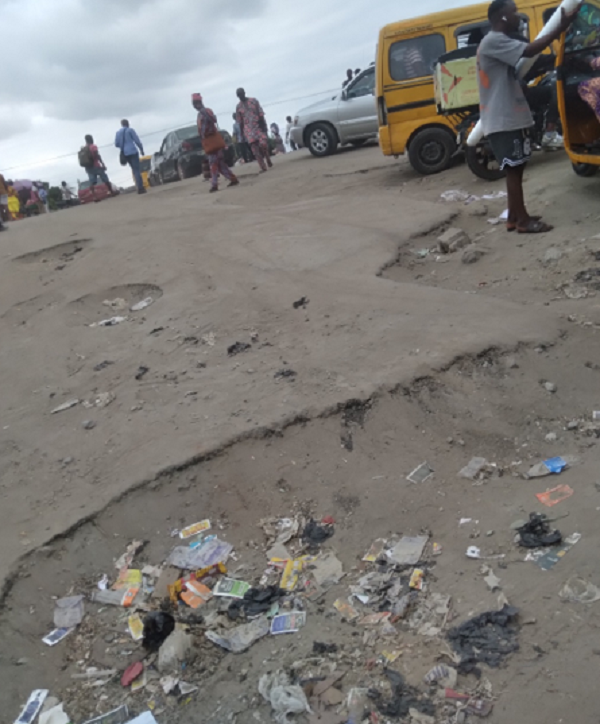 Mr Larry, a real estate agent who manages properties on Afisman Drive, said the community has made efforts to approach both state and local government to ensure road improvements, adding that the challenges were caused by construction work on Obafemi Awolowo. Road.

A public relations expert and resident of one of the streets called for patience, noting that the community had been assured that after the completion of the Obafemi Awolowo Bridge, the inner roads of Anifowoshe would be taken care of.

A motorist, Mr Segun, whose office is on Akinremi Street, said the bad road and flooding forced him to take a longer route to reach his destination, costing him time and expense. silver.

A fashion designer who works in Bayo Sodipo Street, also affected by the flood, was visibly upset by the situation.

“Obviously customers cannot come and do business except by phone now. to do nothing until the construction of the Obafemi Awolowo road is completed,” she said.

Residents and office owners of Ojulowo-Imoshe, Oyetola, Araromi and Balogun also expressed their views on the matter. One, named Seun, said local government officials were doing their best. “From time to time we see them, local government officials, coming with sand and pebbles to stop the situation, albeit temporarily,” he said. But another resident, Cletus, expressed fear about how long residents will be forced to deal with the issues.

The drainage system is another major concern for residents, which, coupled with poor planning, can be said to have contributed to the condition of the drainages.

Whenever there is a heavy downpour, flooded homes, shops and offices become commonplace in the area. Two residents, Chinedu and Sola Adegoke, expressed optimism that “the government’s planned new master plan for Ikeja” will fix all the problems. 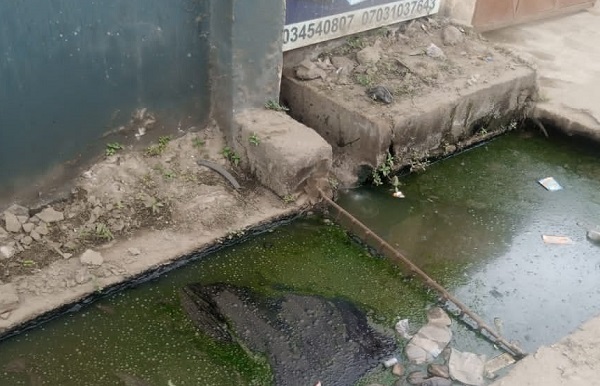 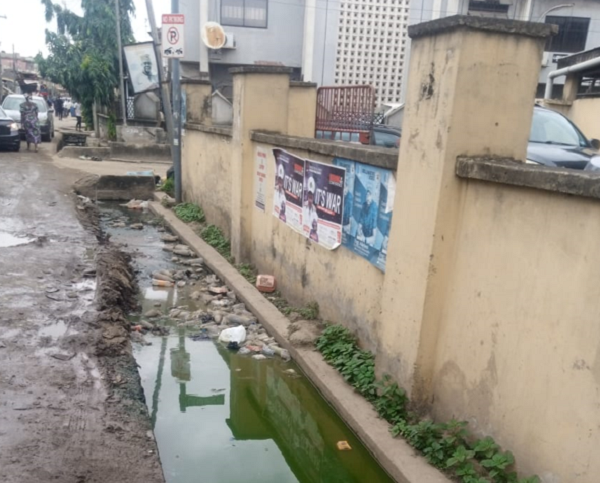 Ifeanyi, a shop owner on Akinremi Street, lamented the abandonment of drainage while expressing his anger that the Lagos State Waste Management Authority (LAWMA), whose office is nearby, did not never picks up trash on time. 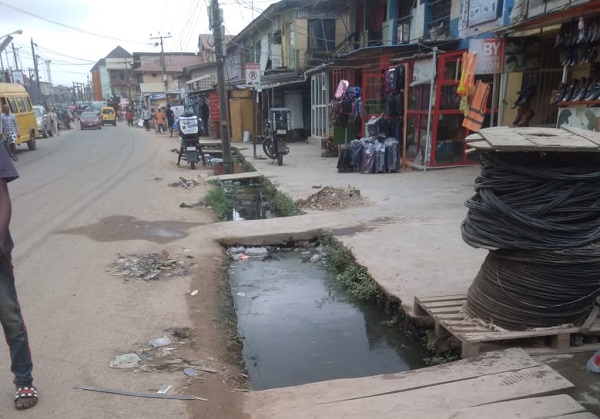 On Ojulowo-Imoshe Street, a resident who does not wish to be named said the drainage problem has also affected those who have boreholes in their homes. Many boreholes dug in homes in Anifowoshe have become a heavy burden on homeowners as the water supply turns green. Efforts to speak with the president of the Anifowoshe Community Development Association (CDA), who lives on Ararromi Street, proved unsuccessful.

Authoritarianism and exploitation of officials

As a major commercial hub, it is not uncommon for the government to want to ensure sanity and increase revenue, but there is constant movement from the Ikeja LGA environmental team, the environmental task force local and national traffic on the prowl. The experience of many motorists, residents and office owners in the area has left them with a bitter taste.

Often, illegal activities, arbitrariness and money changing hands are commonplace. In many cases, attempts to get information about directions or parking areas are often gambled with exploitation. 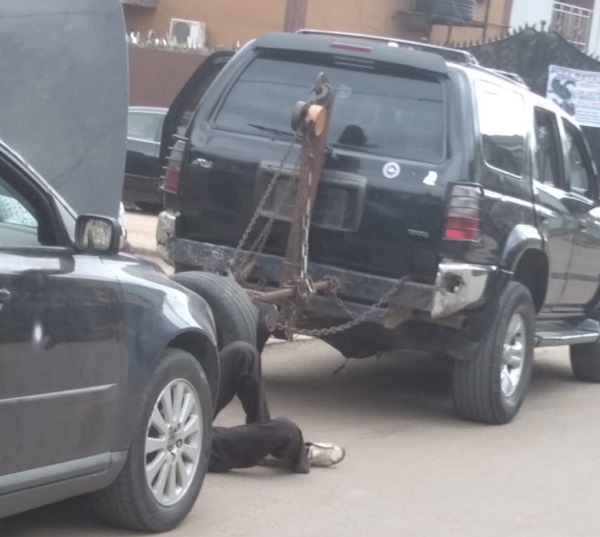 An Uber driver lamented that instead of being helpful and providing information, task force officials would rather hide somewhere, hoping a motorist would stop in an area with no parking – despite the absence of road signs to warn motorists. 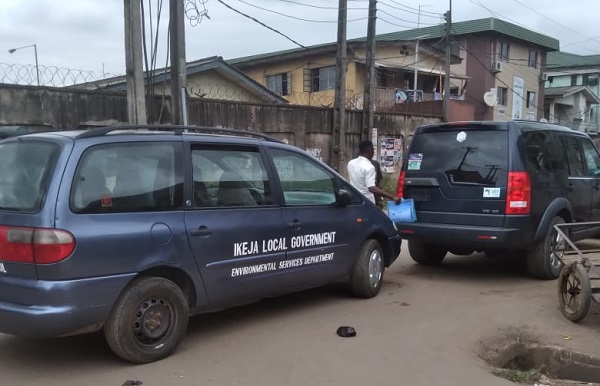 At the end of Balogun Street, where there is a junction with the Agege highway, the police who are supposed to ensure common sense often look away and let the ‘local boys’ have carte blanche and extort motorists. Some of the local boys are said to be operating with the permission of the police officers on duty.

The activities of Ikeja LGA officials, particularly the environmental team, have also been questionable. Although it’s not pronounced well. But the noises of silence around the official teams of these governments are also loud enough for the deaf to hear.

Efforts to get the president or local government watchdog to talk were unsuccessful. But an official who spoke on condition of anonymity said the LGA was working hard to ensure everyone enjoyed the benefits of democracy. He said ongoing construction work is responsible for the flooding and drainage issues.

The LAWMA office located in the area, with its fence bordering Afisman Drive, has become a major source of discomfort for residents. The stench, which often pollutes the air, also affects residents of Bayo Sodipo Street and other neighborhoods. 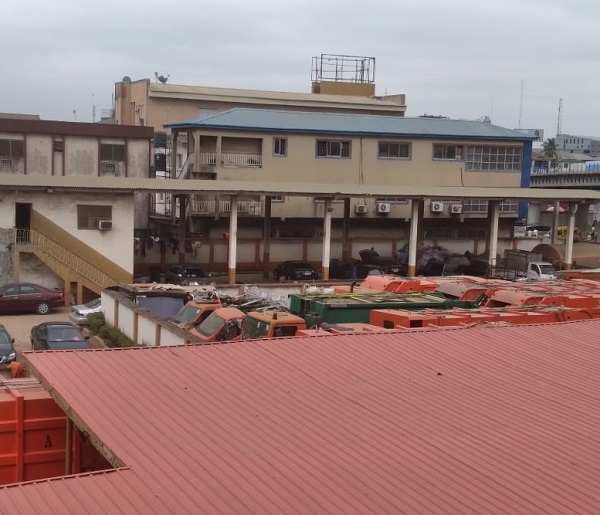 Trucks packed into the LAWMA office

Taye Adeniji said the environment was odor-free in the past when LAWMA was professional in handling waste trucks, but things got worse.

Mr Akinwale, office manager of Ikeja LAWMA, said the stench was not 24 hours a day as locals said. He said no lorries brought dirt or waste to the office, adding that the occasional stench could come from lorries used to pack filthy waste.

He said that on such occasions, no matter what extra precautions are taken, some of the stench may not go away even after the truck has been washed. He said the office is working hard to make sure the stench doesn’t drag on. Akinwale added that urgent action is being taken as the stench is also affecting staff members within the LAWMA office environment.